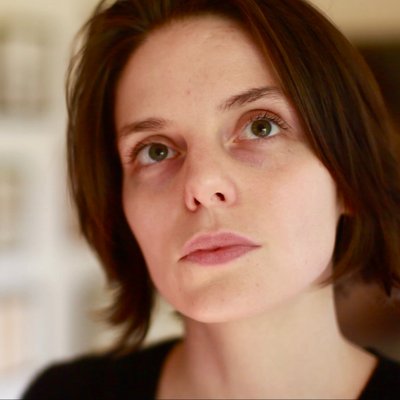 Marine Périn is a journalist, video maker, author and feminist. Among other things, she has directed a documentary “TRAQUÉES – Les cyberviolences conjugales” (trad. “HUNTED – marital cyberviolences”). With two other women, she also created a podcast “La Bougeotte“, which is aimed at all women who travel.

On her YouTube channel “Marinette, Femmes et Féminisme“, she addresses topics such as abortion, sexual violence, travel, sexuality and the body. In this video, she talks about the perineum (a set of muscles, tissues and ligaments suspended between the pubis and coccyx), its different roles (including sexual) and our lack of knowledge. She reflects on the reasons for this misunderstanding, on the presumed passivity of women in a heterosexual relationship, and on the meaning of the vocabulary we usually use. She ends with an interview with the midwife with whom she trained her perineum.

I also did a (re)education of the perineum (though I hadn’t given birth)! I had sports incontinence as well as a desire to increase my sexual pleasure. And honestly, I saw an improvement in my first motivation, not so much for the second one.

In any case, I’m thrilled that Marine Périn is talking about it, because it’s already a subject that is too little touched on, and that she does it well! And thanks to her, now I no longer think “my partner took me” but “I took my partner” because, as she says, “there is only patriarchy to make us think that the contents possessed the container”.

I have to say that, beyond this video, I am a big fan of her channel. She taught me why some people are paralyzed and/or have the impression of leaving their body during an aggression: it’s called sideration and it’s a protective measure of our body (a kind of court-circuit of the brain). Since then, I talk about it very often around me because it explains a lot!

Her “editos” on musculature, body hair, journalistic vocabulary, her testimony of harassment, are short and effective. I often show them to my friends, especially to deconstruct associations that are prevalent in our society such as “beauty = hairlessness = weakness = women” and “muscles = hair = strength = men”.

In fact, all her videos are so moving, sharp and strong that I want to recommend them all to you!