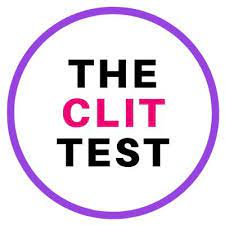 This British and collaborative site was born from an observation: most people with a clitoris do not reach orgasm by penetration (only) but we would not know it if we only watched sex scenes on the screen. The idea is to highlight sex scenes that reflect the central role that the clitoris plays in sexual pleasure. The selected artworks can be movies, series, music, books, etc.

And you can submit scenes that pass (or don’t pass) via their site or social networks (using the hashtags #ClitTestPass or #ClitTestFail).

As soon as I heard about this website, I thought it was a great idea: what could be better than a test to improve the veracity of sex scenes (meaning putting the clitoris at the center of the sexual pleasure of people having one)! When I lack inspiration, I’ll check out the site to discover movies and series that are more relevant to me.  Iris

My name is Clitoris